Your quickest pick-me-up and health booster may not always come from a bottle. If you live in the part of the world where sunlight is available year round, you are already getting it for free. Aside from enabling people to generate their 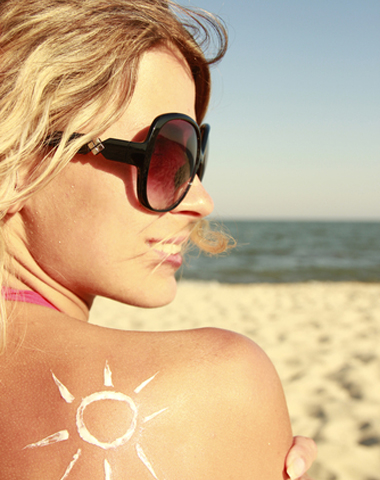 own vitamin D, here are daytime exposure’s leading health benefits, some of which you may not have heard of yet.

Each year, 30 percent of deaths worldwide can be attributed to cardiovascular disease, which is usually linked to high blood pressure. The good news is that blood pressure may be reduced and risk for heart disease may be lowered when skin is exposed to sunlight, according to researchers from the University of Southampton and University of Edinburgh. In a study published in the Journal of Investigative Dermatology, it is shown that when nitric oxide (NO) and its byproducts–which are present in human skin and are known to be associated with regulating blood pressure–are exposed to the sun, some of the NO on the skin gets into the circulatory system, thus effectively dilating the blood vessels and lowering blood pressure. And even as the blood pressure is significantly reduced through NO’s impact on the blood vessels, vitamin D levels generated via sun exposure are not changed.

GeorgetownUniversityMedicalCenter researchers found out that sunlight plays an important role in the human immune system. In a paper entitled “Intrinsic Photosensitivity Enhances Motility of T Lymphocytes” and published in a 2016 issue of the journal Scientific Reports, it is demonstrated that sunlight invigorates T cells to fight numerous infections. Sun rays contain low levels of high-frequency blue light, which can penetrate deep into the dermis, the skin’s second layer. This then energizes and speeds up the movement of the body’s T cells, thereby directly impacting how fast the body responds to the intrusion of pathogens and other infectious elements. This is probably why many people become more susceptible to common illnesses like the common colds during inclement weather.

People, who have to endure long winters in northern climates, can lift their mood with daily intake of synthetic vitamin D, according to researchers in the Loyola University Chicago Marcella Niehoff School of Nursing. Meanwhile, bright-light therapy in the morning remains the treatment of choice for sufferers of seasonal depression (SAD). Some bipolar depression patients even benefit from bright-light therapy to ease their symptoms, according to researchers from the University of Pittsburgh School of Medicine’s Western Psychiatric Institute and Clinic.

So, next time you need a fast daytime pick-me-up or stave off a looming panic attack, just walk around the block, where you can breathe in fresh air and savor the energizing sunlight. Just keep in mind that excessive exposure to sunlight is never the ultimate goal because doing so may lead to skin cancer for some susceptible individuals.

As the weather warms up, the sunglasses come out, but so too should the sunscreen. It is not surprising that when most individuals apply 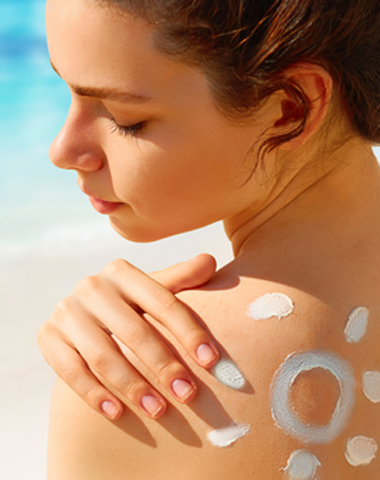 sunscreen they lather their arms, legs, and neck but leave their faces exposed. Of course the explanation usually is that the sunscreen is too sticky, smells too strong, or expressly restricts application to the face. This does not imply however, that you should continue to deny your face protection from the sun.

Here are a few facial sunscreens you can incorporate into your sunny day ritual.
SKINCEUTICAL’S PHYSICAL MATTE UV DEFENSE SPF 50

Skinceutical’s Physical Matte UV Defense SPF 50 is a go-to product for many individuals because while it provides a broad spectrum of UV protection, it simultaneously maintains the matte finish in severe humidity.  Further it is weightless and dries to a powder finish. As a result, you avoid the pasty sticky feeling that usually keeps you from moisturizing on a sun-filled day. What makes this facial sunscreen unique is its ability to minimize the appearance of pores. You can’t go wrong with a sunscreen that does the work of your everyday moisturizer and more.
SKINCEUTICAL’S PHYSICAL EYE UV DEFENSE SPF 50

Your eyes are extremely sensitive organs and can benefit from additional protection from the sun. Use Skinceutical’s Physical Eye UV Defense SPF 50 to get the best coverage. The mixture is curated to compliment the thinner and more sensitive skin around the eyes.  Upon application, the mixture eases onto the skin smoothly and nourishes and enhances the whole appearance of your eye. This facial sunscreen is a staple in your skin care cabinet for a few reasons: it is a sufficient base for makeup application, it contains a tint that brightens your skin tone, and it has been proven effective on other facial features such as your cheekbones and eyelids.
SKINCEUTICAL’S PHYSICAL FUSION UV DEFENSE SPF 50 125ML

If you’ve got oily skin the sun and heat will not reduce the moisture in your face. Consider implementing Skinceutical’s Physical Fusion UV Defense SPF 50.  The compound in this facial sunscreen adapts to every skin tone and is water resistant for up to 40 minutes. This product is among the most highly recommended sunscreens due to the plankton extract ingredient, which increases the skin’s resistance to UV and heat-induced stress.  The benefits of Physical Fusion UV Defense span across all skin types.

This list is not exhaustive. There are myriad facial sunscreens available to protect your skin. If you are unsure about some of the products, contact our office and we can assist you.

In addition, please don’t forget about Vitamin c which also adds an additional layer of protection.